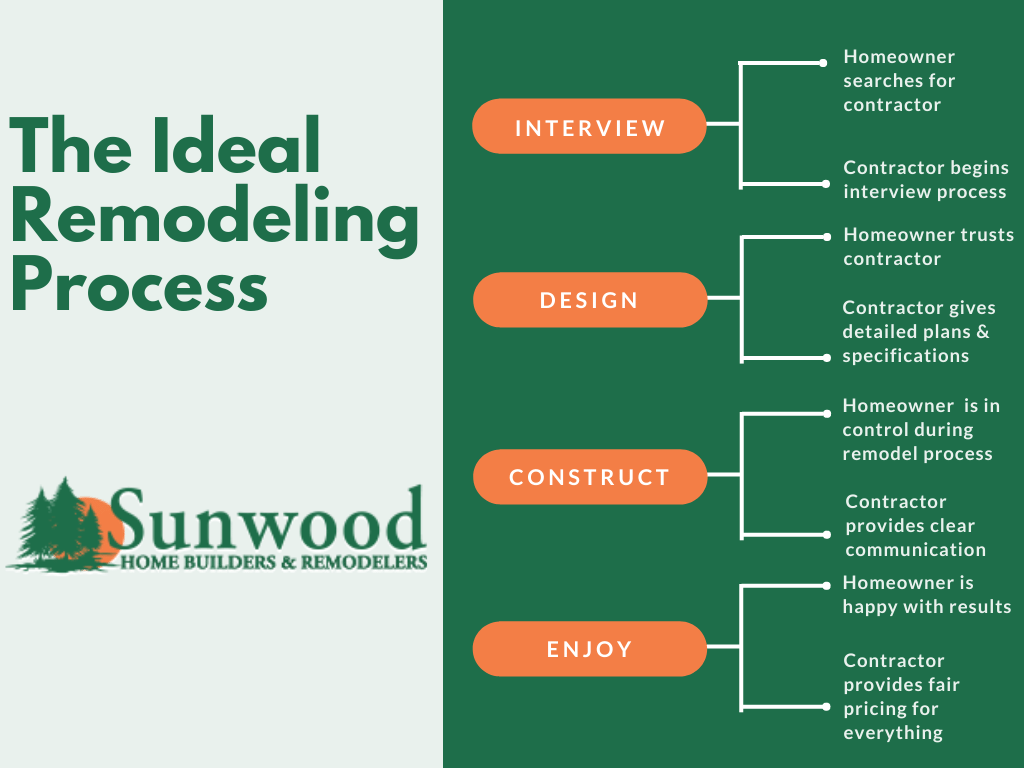 "Remodeling": For some, the word inspires thoughts of beautiful entryways, magazine-cover kitchens, and huge bathrooms. But tragically, it also infers a feeling of intrusion, fear, and disarray. As our homes age, it makes more and more sense to turn things modern by redesigning. It's savvier than moving and is generally far less troublesome. Be that as it may, rebuilding can be upsetting. However, the majority of the awful stories you hear are avoidable.

The remodeling process usually begins when a homeowner is unhappy with some aspect of their current home. After much contemplation, the homeowner decides it is time to remodel their home and begins researching options online and through friends and family. Eventually, the homeowner calls several contractors (some are suggested by friends or family, some are selected due to signs seen at other remodeling jobs around town and some from internet searches for “remodeling contractors”), and those contractors are invited to see the house, discuss the remodeling project and provide bids. Each contractor is told that other contractors are also being considered. This seems fair and allows the homeowner to think they will get the lowest price for the job they want done.

Unfortunately, the contractors know they may or may not get the job. Some decide not to bid and other do a rush “gestimate” to save themselves from wasting their time. A gestimate is ½ estimate and ½ guess). Some contractors never provide an estimate and others do but each one is different from the other contractor’s estimates. The Homeowner is left to decide which contractor to use without knowing if the price includes everything they want and expect. Next, the homeowner selects a contractor based on price and not on the specific job requirements or capabilities of each contractor. The homeowner will become frustrated and tired before the work even begins. They just want to get started. The final results may or may not be what was originally expected.

Is this the best way to make such a major investment in your home? 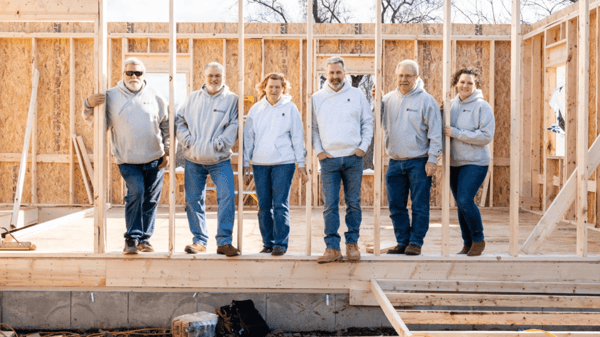 When the homeowner commits to them they will commit to the homeowner. They can now take the time to fully evaluate the remodeling project. They eliminated their fear that their time and efforts will be wasted. The homeowner in turn should expect more from them, such as detailed plans and specifications or a scope of work depending on the job. It should be clear to the homeowner what is and is not included.
The homeowner should expect fair pricing from the contractor. A reputable contractor would never risk his reputation by charging unreasonably.

Remember, a remodeling project is not a commodity you can select off a shelf. It’s a combination of design ideas, products and services all coordinated by your contractor that make for a successful project.

As you begin down this path you are always in control. You can decide not to proceed at any time and just decide not to do the remodeling project. You can also decide that you’d prefer to get multiple bids, this is always an option. But if you follow these steps we’ve rarely seen this happen.