What You Should Know About A Colonial Style Home 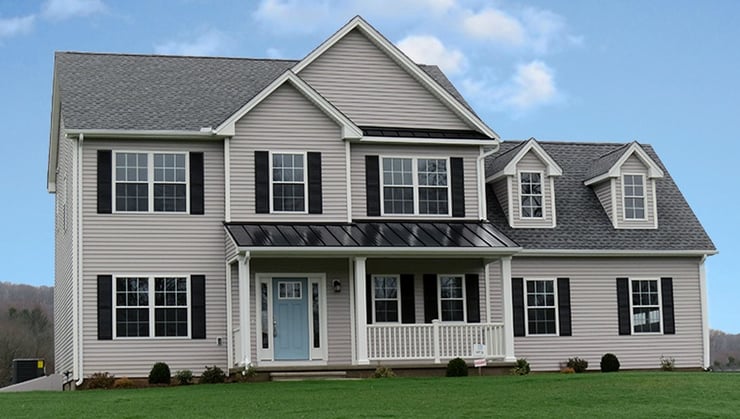 A considerable number of the homes we build in the Wallingford area are what would be considered Colonial style homes. But just what does a Colonial style floor plan look like? Are all American colonial architecture pretty much the same? And how might that impact you when choosing the right floor plan for your new Connecticut home? Let’s take a look at some of the similarities and differences that may influence your choice of floor plans.

Colonial homes are generally square or rectangular in shape, with the front door placed in the middle of the house’s front. It’s a very symmetrical look. The homes are almost always two-story structures with four rooms on each level. Frequently the house will have a chimney on one end. Often you’ll find examples where there are fireplaces (and their respective chimneys) on opposite ends of the home (there’s that sense of symmetry, again). There are two predominant exterior finishes: Clapboard siding, or brickwork.

Because the front door is so strategically located exactly in the center of the home, it naturally draws the eye. As a result, many of the Colonial homes you’ll see have some kind of decoration attached to the door.  The rooflines are fairly steeply pitched and often feature dormers extending from the roof. Another common feature to many (though not all) Colonial style homes is that there is a porch of some kind. Columns in the front of the home near the door are another common feature—though they aren't' always present.

While there are numerous similarities across Colonial homes, there are also distinct differences in style. Three of the most popular styles are Saltbox, Georgian, and French Colonial. Let’s take a look at each of the three styles. 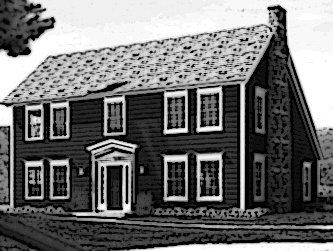 Saltbox
This traditional style home is a subset of the original Colonial. Its main characteristic is an asymmetrical, long roofline that runs along the rear of the house. The original design was intended to be simple and functional. This style became very popular in New England—and is generally associated with the area. If you have a Colonial in Connecticut, chances are strong that it could be a saltbox style one. 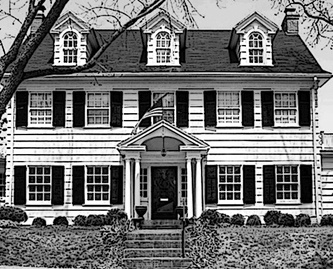 Georgian
The Georgian style is characterized by a very square and symmetrical shape, with five windows across the front of the house and a pair of chimneys on each end of the house. They typically have a minimum amount of roof overhang, and dentil molding lining the eaves of the home. They were a favorite of the New England colonists and they remain popular to this day. 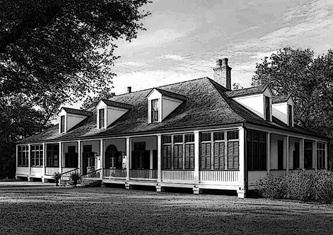 The French Colonial style is a bit of a departure and features a hipped roof, eyebrow-style dormers, and shutters that frame every window including the front door. It’s usually symmetrical, and often square. Parlors are predominant rooms in these homes because this style of home was built for families who liked to entertain. Wood is the most popular exterior material used for this style. Inside, you will frequently find exposed wooden beams. This particular style of Colonial home is one you are more likely to find in the Southern United States.