Renovation Costs in Connecticut: What Will That Remodeling Project Cost You? 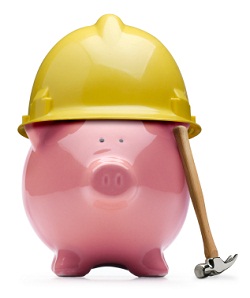 Maybe you’ve been thinking about remodeling your home in Meridian, Middletown, or Wallingford because you need a little extra space—or because the space you have just doesn’t fit your lifestyle anymore. Or maybe you just want to update your home with a fresh new look. If you’re like most homeowners, however, you probably want to get some kind of idea of what that remodeling project is going to cost you before you get too far into specific plans.

We’ve been building and remodeling homes in Connecticut since 1985, and the question of “what’s this going to cost?” has always been one that we here more than any other question—whether it’s asked about a new custom home or a remodeling project. The answer to that question, of course depends on what you want done, what kind of materials you want to use. And in the case of remodeling, your builder may run into some pre-existing issues that aren’t apparent on the surface.

Still, it’s helpful to have a general idea of what to expect for different kinds of renovation or remodeling projects. Here are eight common remodeling projects for upscale homes and what they generally cost in the Middle Atlantic region. We’re also including what you can expect to recoup at resale so you can get an idea of which projects pay you the best return on your investment.

Bear in mind that these costs are an average for upscale homes in the overall Middle Atlantic region. Your specific costs may vary significantly from these figures depending on the size of your home and the complexity of the project. Any reputable builder will want to meet with you first to nail down exactly what you want first. These numbers do, however give you a sense of relative cost for different projects—and they are a pretty good indicator of which projects bring you the most “bang for your buck” when it’s time to sell.

Shoot us a note about your remodeling ideas and questions. We’d be happy to help you with a project that makes sense for you!