Is Compromising With Your Builder Good or Bad? 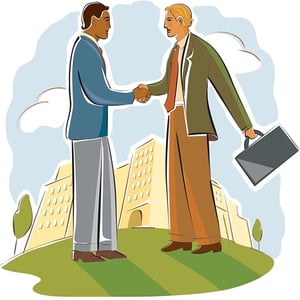 Is it a good thing or a bad thing to compromise with your contractor when building a new home? Sometimes homeowners are under the impression if they aren’t tough negotiators they won’t get what they want.

Most reputable builders want nothing more than to build homes that meet or exceed a client’s expectations at a price that’s fair to both the homeowner and the builder. That seems straightforward enough, so where does the compromise come in?

There are occasions where a homeowner’s expectations are a little out of line with their proposed budget. When that happens, a builder usually responds with some options. The homeowner either has to reduce the scope of the project (a smaller home or less expensive finishes, for instance), or increase the budget. The compromise comes when the builder makes suggestions that will still give the homeowner as much value as possible—but perhaps not everything he or she originally wanted.

There are times when the compromise has little or nothing to do with money. When building a custom home, a homeowner expects to make certain changes to basic plans that the builder provides. But there are occasions when those plans can’t be modified the way the homeowner requests because of structural issues, code restrictions, or safety concerns. That’s when a good builder presents a compromise that may not be exactly what the homeowner requested—but still accomplishes the objective.

When building a custom home, compromise isn’t so much about what you give up. It’s really about working with your builder to find a good solution that gives you what you want within your budget restraints. That’s when compromise is a good thing. Of course, in order for that to happen, you need to make sure you’re dealing with a builder who has you best interests in mind—someone you can trust. Here’s an article that talks about some of the critical factors to consider when choosing a custom builder.

We’ve been building custom homes for families in the Wallingford area since 1985—helping hundreds of families achieve their dreams—even if it meant making some changes to their original plans. We think that’s a good thing—and so do our satisfied customers.