Connecticut’s Economic Upturn—and What It Means for Homebuyers 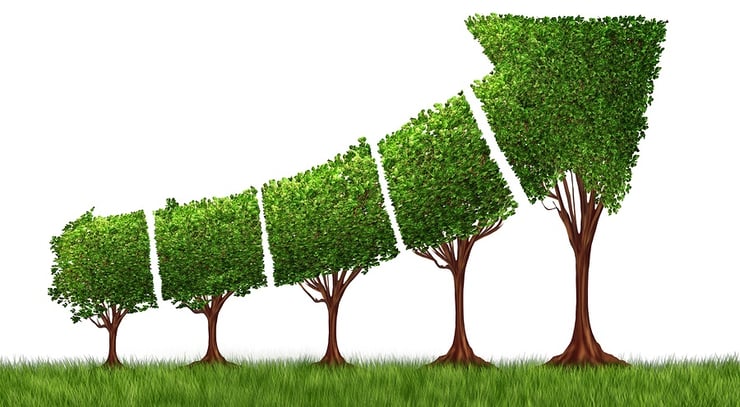 For those of us fortunate enough to live here, it’s been hard to escape the good news about Connecticut’s economic upturn.

Last June, the Harford Courant reported that Amazon plans to add 1,800 jobs that their new $250 million North Haven warehouse/fulfillment facility. That’s in addition to the 2,000 Amazon employees already working in the state. What’s encouraging is that the wages are expected to be higher than traditional retail employment—which will be a boost to the economy. And this new Amazon facility should also generate as much as $5 million each year in incremental taxes.

Amazon, however, isn’t the only significant player expanding in our state. The New Haven Register reported that Arkansas-based pharmaceutical company, SCA Pharmaceuticals has announced plans to open up a new 90,000-square-foot manufacturing facility in Windsor and add 361 jobs to the state’s economy over the next four years.

Earlier this summer Forbes.com reported that the aircraft engine unit of United Technologies is hiring thousands of manufacturing employees in the U.S. as its breakthrough Geared Turbofan technology transforms the global aircraft propulsion market. Pratt & Whitney has brought on 4,500 new employees over the last 18 months at plants in Connecticut, Florida, Georgia, Michigan, New York, Pennsylvania and elsewhere, and says the number of new hires will rise to 25,000 by 2025.

The high tech industry isn’t overlooking Connecticut, either. The Stamford Advocate reported that Job-search giant Indeed will increase the number of employees at their Stamford operation by approximately 500 people in the future. That’s particularly encouraging given that Indeed first moved into the area, they only had about 50 employees. Today, that figure is 750 employees.

And while some towns and cities across the nation are “graying” (with younger residents moving away), Connecticut cities are remaining vibrant. Hartford Business.com shared that Hartford is a Millennial city—with one of every three residents between the ages of 20 and 39.

All of those are indications that Connecticut is doing well—and remains a great place to live. So what does that mean for people who are considering building a home here?

We’re not economic prognosticators, but generally speaking, when an area economy improves, demand for housing rises (along with prices). The good news for people in Connecticut is that housing prices are still affordable (There is an NPR story that even includes an interactive map that shows you how home prices across the country are doing).

For the Bridgeport/Stamford/Norwalk CT metro area house prices have risen just 8.4 percent since 2000. And they are still 31 percent lower than they were at the peak of the housing bubble. So property values are increasing, but they are still affordable. And historically, home investment is a solid investment over time.

So does that mean you should jump at the chance to buy a new Connecticut home—before demand makes houses expensive and hard to find? We think there are some things you should consider before you jump in. Here are a few of the things you should be thinking about.

There are some very positive signs for the economy in Connecticut. And while this may be a great time to build (and we have some great floor plans in both our Bridgewater and Royal Oaks communities, you’ll want to make sure you’re prepared with as much information as possible before making your decision.